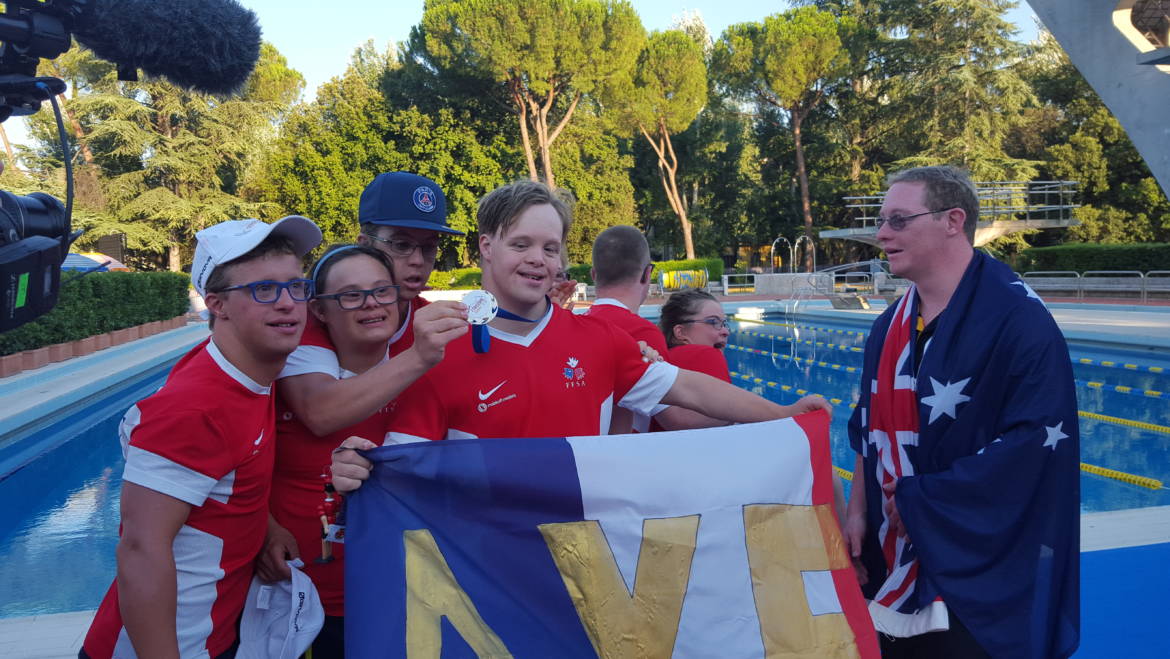 Paralympics Participation swimmers with Down syndrome

Swimmers with Down syndrome missing Paralympics under ‘unfair’ rules

PHOTO: John and Danny Rumsey after the swimmer came second in the 50m freestyle.

With the countdown on to the Rio Paralympics, Australian swimmers with Down syndrome say unfair rules are excluding them from making the Games.

Australia recently scooped the pool at the 9th Down Syndrome World Swimming Championships in Italy.

But not one member of the world-beating team will swim at the upcoming Paralympics.

President of Down Syndrome Swimming Australia Simon Cox said there was no category of competition that recognised both their physical and mental impairments.

“We had 32 countries at the recent world championships, over 200 swimmers and none of them can take the leap to that next level,” Mr Cox said.

“Down syndrome is the most common chromosomal disability in the world … and they just don’t fit into the single intellectual impairment category.”

Swimmers with Down syndrome can try to qualify in the intellectual impairment category, known as S14.

But the International Paralympic Committee (IPC) has repeatedly refused to budge.

In a statement provided to the ABC, it said “individuals who have Down syndrome can compete in Paralympic swimming, provided they have an intellectual impairment and that they meet the sport-specific criteria for the S14 class”.

“There is not a specific classification in swimming for athletes with Down syndrome, in the same way there is not a dedicated class for people with cerebral palsy or leg amputations,” the IPC said.

Danny Rumsey is a current Australian and world champion from the New South Wales Southern Highlands.

But Rumsey said the Paralympic rules were “not fair”.

“We were told many years ago that no swimmer with Down syndrome has ever made it or ever will make it to the Paralympics. To me that’s a statement saying Down syndromes don’t count,” he said.

“Danny can’t get there because in the intellectual disability category he is competing against athletes who do not have a physical disability,” Mr Rumsey said.

He believed the Paralympics committee could have created a sub-category, although it had chosen not to do so.

“What is stopping them from saying ‘OK, we can have S14A, which will be Down syndrome’?”

PHOTO: Danny Rumsey said he hoped there would be a rule change before his swimming career wraps up. (ABC News)

Rumsey’s coach Anna Barnes said swimmers with Down syndrome missed out on more than just the Paralympics.

Hope for IPC rule change ahead of Tokyo 2020

Some countries including Australia are starting to trial a Down syndrome classification at swim meets in the lead up to Tokyo.

“Certainly getting the trial classification into as many countries as we can over the next two to four years will be brilliant,” Mr Cox said.

“If we can achieve that by the next Olympic qualifying selection period, where young swimmers with Down syndrome are at least knocking on the door, then the floodgates open.

“It would be great to see, so logic and empathy exist and hopefully Australia and some of those other countries will lead the world in putting pressure on the IPC to see the logic in our argument and the fallacy of theirs.”

Rumsey said he hoped that happened before his swimming career comes to an end.

“I love swimming, it is my favourite sport, I do not give up,” he said.

His father was not giving up hope either.

“I think Danny has a chance still to go to the Paralympics, but it is also for all these young guys coming up,” Mr Rumsey said.

“They deserve that recognition, they deserve the opportunity to get to the top and if the Paralympics are the top then they need that chance.” 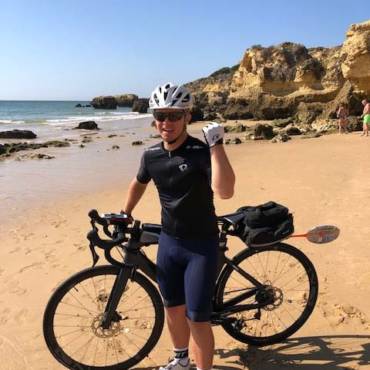