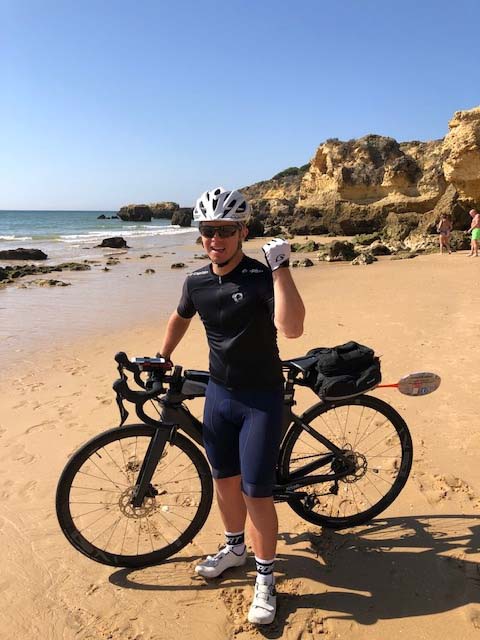 Down syndrome athlete cycles 1,250km from Spain to Albufeira

Aleksander Haarberg, a 29 year old athlete with Down syndrome,  and his father Laas, from Norway attended the 10th World Down Syndrome Swimming & Artistic Championships  in Albufeira, Portugal, in October 2022.  However, they did not take an airplane or drive to Albufeira –   they cycled!

The trip of 1250 km was done continuously in 10 stages averaging 120 km per day, climbing in total 9500 m.  The longest stage was 160 km with temperature up to 37 deg C.    Aleksander never complained during the trip and was very eager to make the daily plans whatever challenges were met.

The trip was made as a charity journey too and father & son had and still have 2 fundraisers ongoing for raising people’s awareness for sport at the highest level for athletes with Down syndrome. The fundraising for SU-DS is through Norwegian SPLEIS and the international GoGetFunding.

All the people they met along the way through Spain and Portugal were extremely happy to see that Aleksander was able to perform such a challenging journey just with “dad”  as his team mate and no other assistance.   The heat was tremendous during the stages in Spain and they ran out of water in Extremadura where there were hours between places where they could fill up their bottles, but Aleks still focused on the daily goal and target in Albufeira, what a fighter!

By having done this they hope that more friends understand that anything is possible and that there are no limits when born with Down Syndrome.

Read the article published by local press in Albufeira before the event.
https://www.portugalresident.com/down-syndrome-athlete-cycles-1250km-from-spain-to-albufeira/

Congratulations to Alex on his amazing cycle ride.    Not only a swimmer, but also a cyclist. 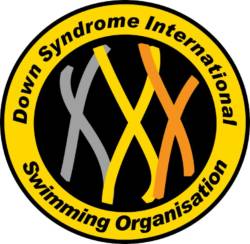